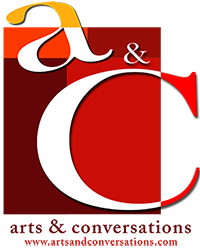 Deborah Lehman Di Capua (b. Miami, Florida) is Executive Director of Fringe Projects, atrailblazer for site-specific work, temporary public art and curator of The Underline, Miami.Deborah is committed to furthering the discipline of public art by presenting new narratives,investigating alternative sites, and creating new ideas at the threshold between art &architecture. Before Fringe, Deborah earned […]

I am the Administrator of Public Art and Culture for the City of West Palm Beach. In this role I facilitatea robust art program (ArtLife) in the public and private sectors. The ArtLife programcommissions artists in all stages of their careers to create permanent and temporary artworksthroughout the city’s public spaces. I build cooperative relationships […]

Throughout his career, Ghislain d’Humières has advanced community engagement and increased access to art at cultural institutions across the country. With extensive expertise in expanding public programming, building and caring for collections, and fundraising, he has led institutions through significant moments of transformation and growth. He joined the Norton Museum of Art as Director and […]

PATRON is a contemporary art gallery in Chicago founded in collaboration by Julia Fischbach and Emanuel Aguilar. PATRON is founded on the defining characteristics of a patron of the arts, that is, a person chosen, named or honored as a special guardian, protector or supporter. With this foundation set as a cornerstone, the gallery hopes […]